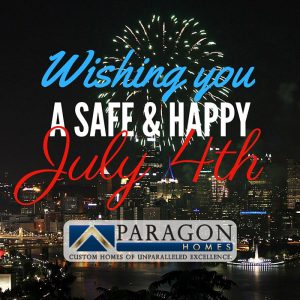 Grab a blanket or camp chairs and some bug spray — it’s time to celebrate Independence Day with a fireworks display.

Here is a list of some fireworks shows in the areas south and west of Pittsburgh for your family to enjoy. Plan your viewing accordingly and you can catch three nights of fireworks in a row!

Carnegie Borough will celebrate Independence Day at Carnegie Park on July 3, so you can get a jump on the festivities. A skateboard tournament begins at 1 p.m., along with other activites, and fireworks begin at dusk. http://carnegieborough.com/monthly_calendar.html

Findlay Township will also have its fireworks display on July 3 at its Recreation and Sports Complex off of Route 30, beginning at 9:30 p.m. https://fireworksinpennsylvania.com/events/findlay-township-independence-day/

South Fayette Township and Upper St. Clair are pairing up for a fireworks display on July 4 at 9:30 p.m. Residents are asked to watch the show from the Upper St. Clair Community & Recreation Center and Boyce-Mayview Park along Mayview Road in Upper St. Clair, which is adjacent to Fairview Park. Parking will be limited at Fairview. http://www.southfayettepa.com/Calendar.aspx?EID=1362

If heading downtown is your tradition, Pittsburgh’s EQT Flashes of Freedom Fireworks show, put on by Pyrotecnico of New Castle, PA will begin near Point State Park at dusk on July 4. http://celebrateamericapgh.com/

Crafton Celebrates will mark its 40th anniversary this year in Crafton Park. The festival runs from 6 to 11 p.m. July 1 and continues each evening until the fireworks show at dusk on July 4. http://www.craftoncelebrates.com/

Robinson Township will being its Independence Day fireworks display at dusk on July 4 at the Burkett Sports & Recreation Complex off of Steubenville Pike. http://townshipofrobinson.com/events.html

McDonald will celebrate its annual McSummerfest July 2-9 at Heritage Park with a Zambelli fireworks show at dusk on July 5. http://mcdonaldfire.com/

Combining convenience with new home luxury, these Paragon homes are move in ready and available in the Pittsburgh area.
View Homes